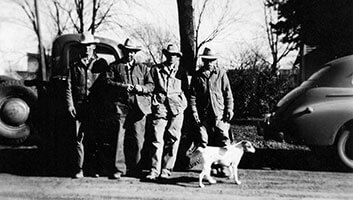 Martha’s maternal great grandfather was born in 1847 in Illinois, the seventh of twelve children born to German immigrants. In October, 1884, Chris and Priscilla Stine moved their large family by covered wagon from Fayette County, Illinois, to Southeast Kansas. Family history reports that it took 25 days. Shortly after their arrival, they made their home in Indian Territory, now known as Craig County Oka about seven miles southeast of Edna, Ks. 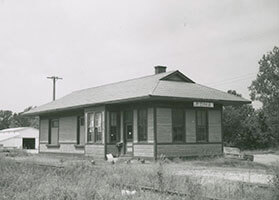 The fertile grassland of native bluestem was a draw to the family. W.E. Stine, Martha’s great grandfather, roots were deeply planted in the grassland country and he began to expand the family’s farming and ranching enterprise along with his two young sons, Virgil, Martha’s grandfather and D.E. They purchased land in Craig County, Oklahoma, where they grew yearling cattle on native pasture, some fescue and blue stem. They maintained two loading pens on the Missouri Pacific Railroad in Edna, KS where they received and shipped cattle from the ranch at the at point up until cattle trucks became the norm in the 1940s.

The elder Stine and his two sons dissolved the company in 1950 with both sons dividing the land and both continuing to grow their own business ventures. Virgil and his son in law, Calvin Nunnallee, Martha’s father, began their venture in 1952 when Juanita, Martha’s mother married Calvin. Calvin also came from a cattle background and unknown to either Calvin or Juanita had actually met a few years earlier when the Stine’s purchased cattle from his family. 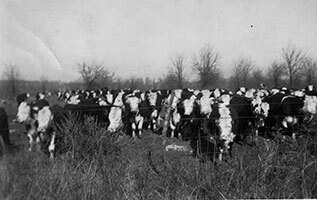 Herefords steers purchased and grazed on the V- Ranch in the 1950s.

The V Bar Ranch added to the land and brush control was at the forefront and much clearing was done early on and then yearly burns in the spring and spot spraying was done to bring the 2400 acres of native grass to a lush growth. Calvin and Virgil purchased 450-550 pound yearlings out of Louisiana, growing them to 800-900 pounds and selling them in late August to early September. Horses were a vital part of the operation from moving yearlings from pasture to pens. Trailers were not part of the equipment on the ranch. Calvin and Juanita were proud that their 3 daughters and son in laws were all in the business of raising cattle and horses. Today the V Bar Ranch continues to flourish but in each of the daughter’s hands as they continue to carry on the legacy of family and agriculture. 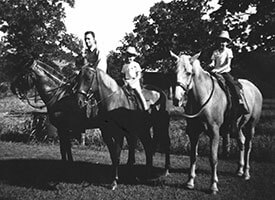 Mike was raised on a cow/calf operation in central Oklahoma in Lincoln, County. Farming alfalfa producing all of the protein and forage for the cattle his connection to agriculture became his heritage. In 1958, his family began a cattle partnership which ultimately spurred his interest in running cattle of his own. The following year, at the ripe old age of seven, along with this younger brother Mark, a partnership was formed with their Aunt Nan- her providing 40 acres and they each owned a cow. Like Martha’s family, horses were an integral part of their cattle business and the love and desire for a good horse began. 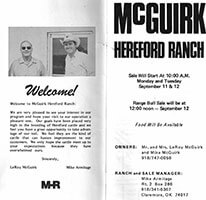 Mike dispersed the McGuirk ranch which later was purchased and became A Bar Ranch headquarters.

Mike graduated from Oklahoma State University in 1974 with a BS in Agriculture Economics. Upon graduation, he accepted a job as ranch manager for McGuirk Herefords east of Claremore, OK. Dispersing the ranch in 1978, Mike then became the manager for Brushcreek Herefords in Fredonia, Kansas. Following the dispersion of the ranch in 1981, Mike moved back to Claremore and began leasing the McGuirk Ranch to begin his own cattle operation. During this time, Mike also worked as field reps for The Record Stockman and the All Breeds Journal. From 1983 to 1990 he served as the Secretary Fieldman for the Oklahoma Limousin Association, Living the ranching dream that formed from a partnership cow in 1959, A Bar Ranches have evolved. 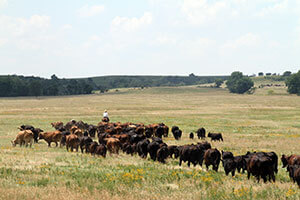 Moving F1 tiger stripe cows and Brangus cows across the A Bar Ranch.

Mike and Martha Armitage both from cattle and ranching families began their partnership on January 12, 1985. Together they worked to build their business initially purchasing the McGuirk Ranch and over the past 35 years have grown the ranch in which it maintains a cow herd of 4,000 head and breed their replacements of over 500 heifers each year. The headquarters ranch, located at Claremore, Oklahoma, was the original Cherokee Indian Allotment of Frank and Dora Rucker, established in the early 1880’s. It is recorded that a young Will Rogers was once a hand for the ranch. This eastern Rogers County ranch once exceeded 20,000 acres and operated with the historic Open A - brand. With Mike’s passing in March, 2020, the ranch’s story continues with Martha and their two son’s and daughters-in-laws. 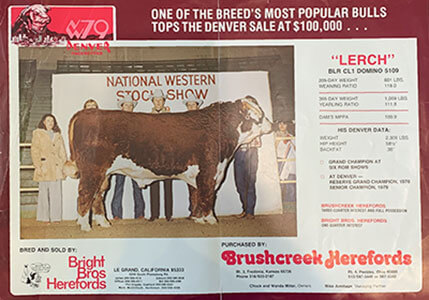 As manager/partner of Brushcreek Herefords, Mike purchased a young Hereford bull in 1979 at Denver Stock Show. In 1980 Lerch sold at the ranch dispersal for $261,000 and became a prominent bloodline in the Hereford industry.” 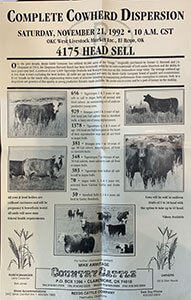 Armitage livestock held the largest single ranch herd dispersal sale in 1992 in the state of Oklahoma. 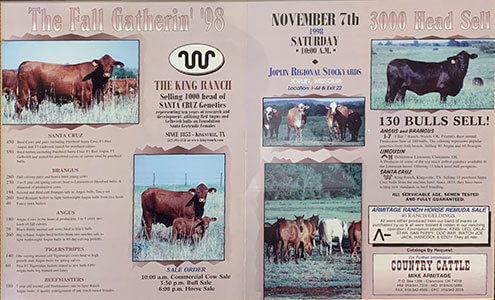 Originally known as Country Cattle, Armitage Livestock dispersed 3000 head of the King Ranch cattle due to a severe drought. In conjunction 40 head of horses were sold from the A Bar Ranch Remuda. 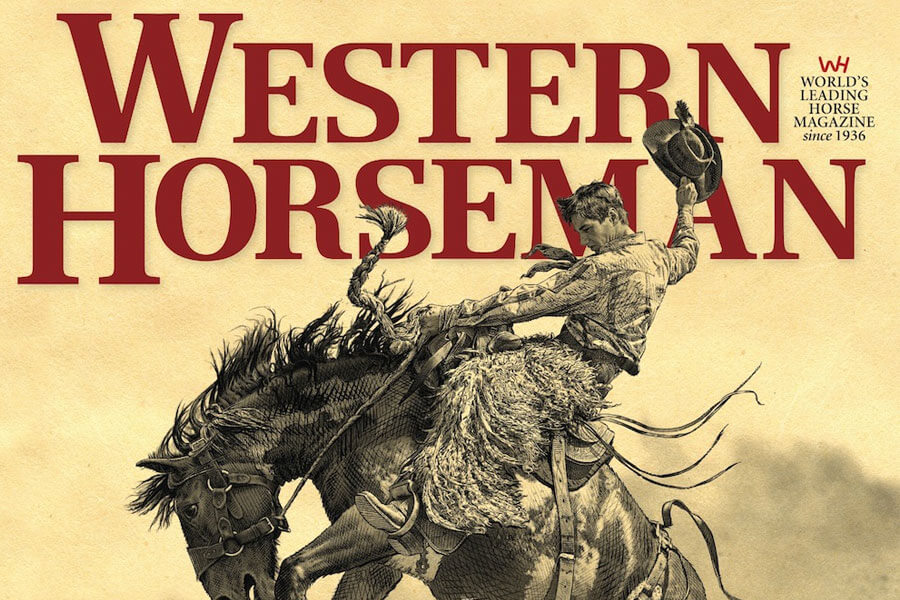 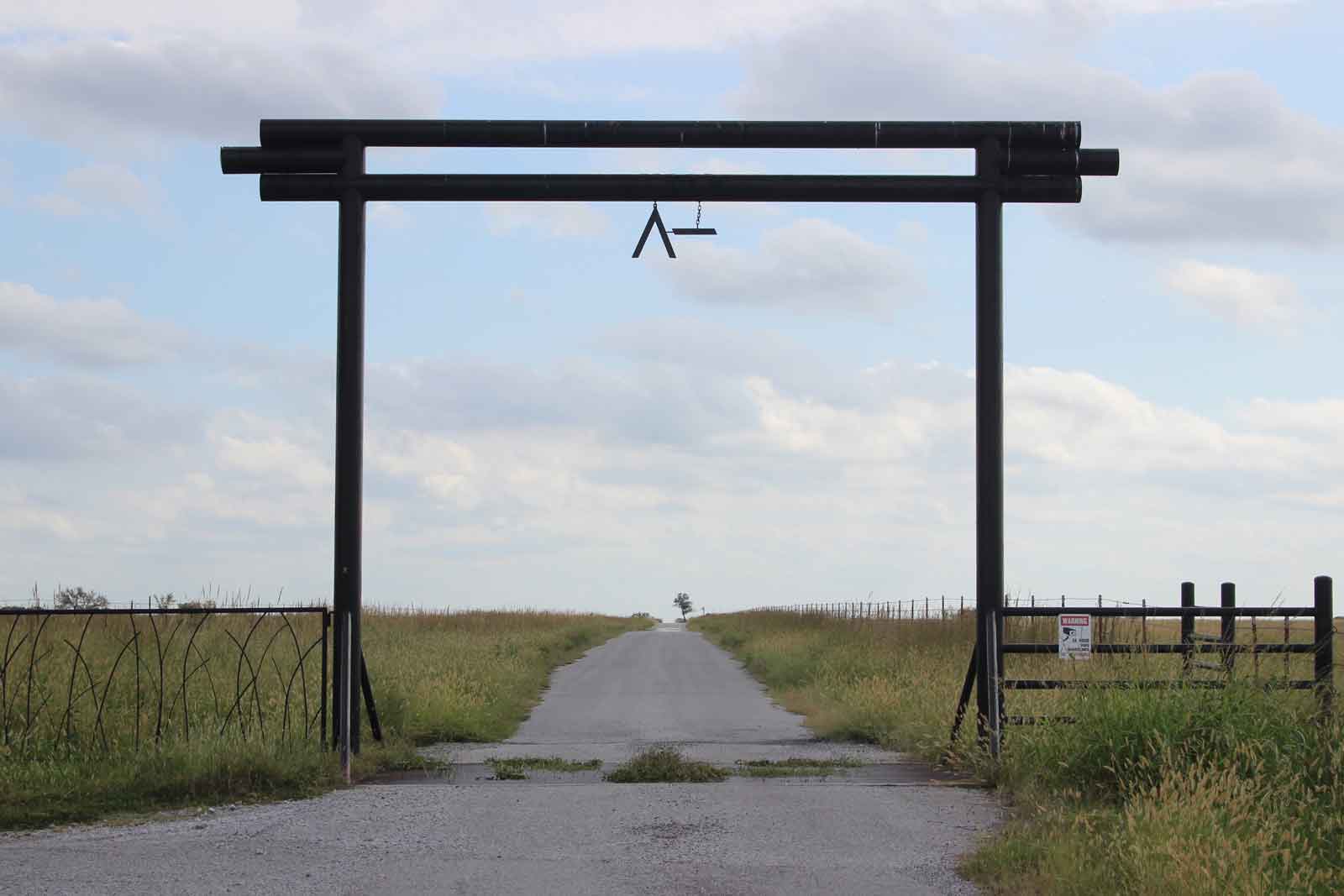 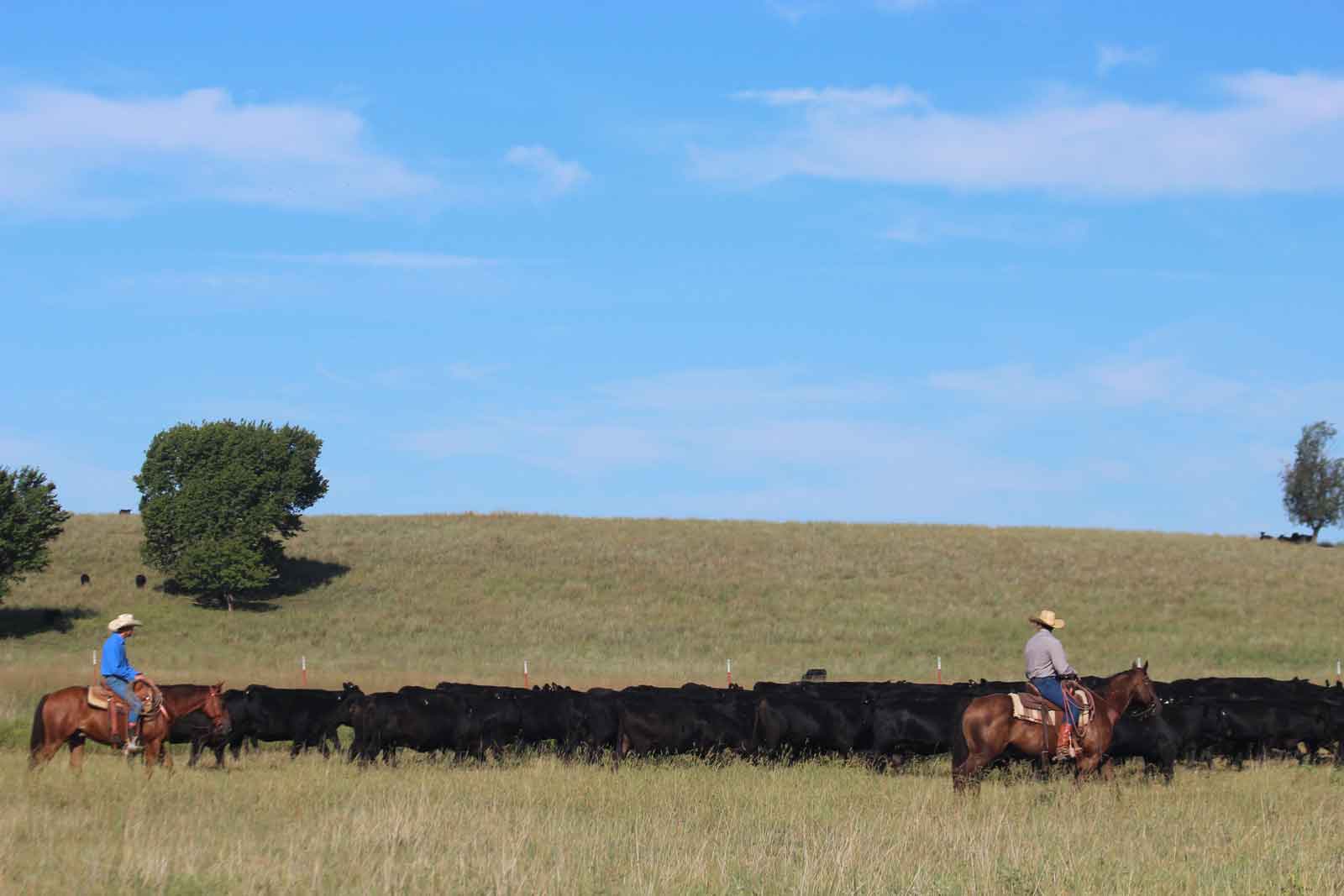 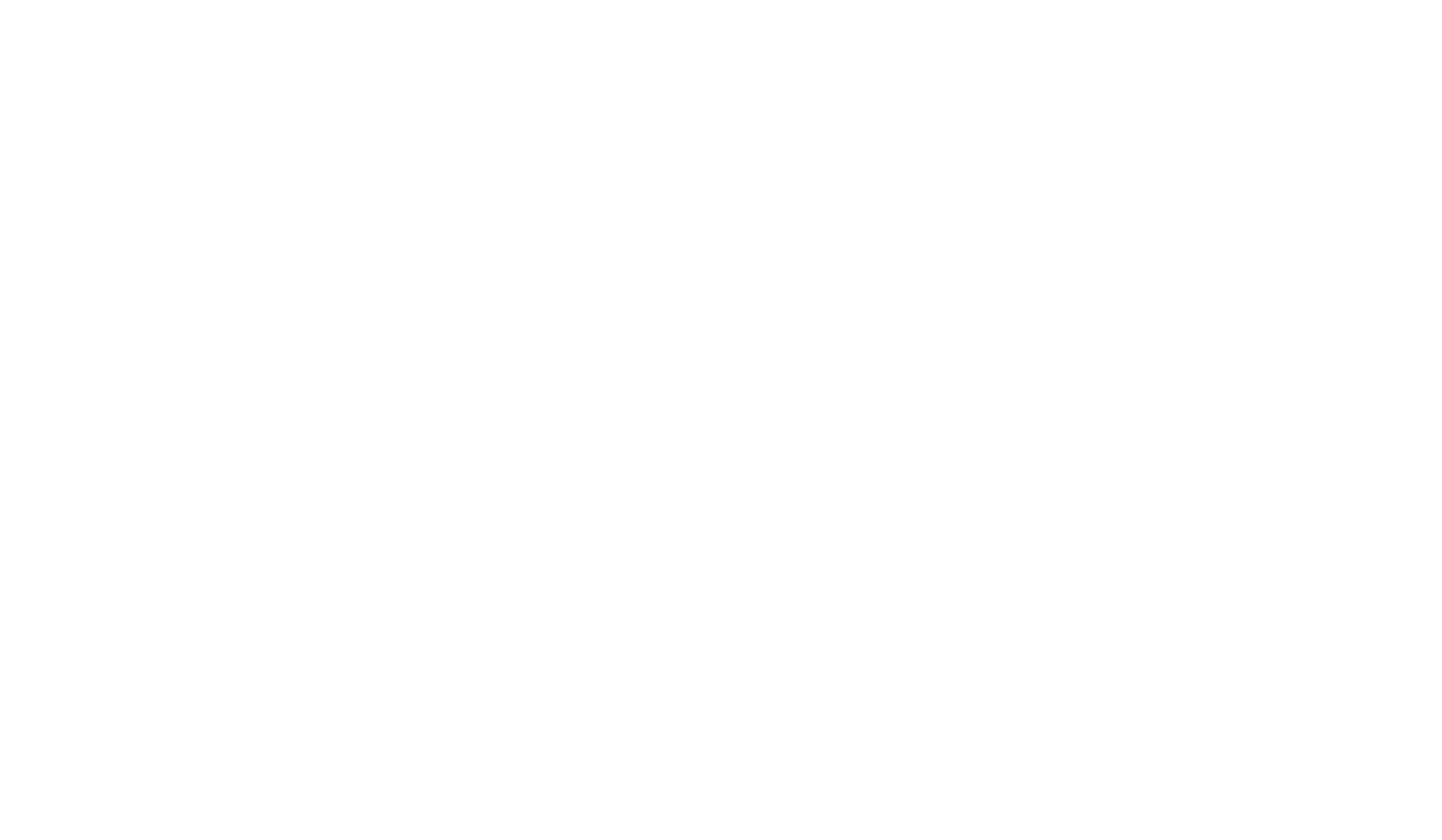